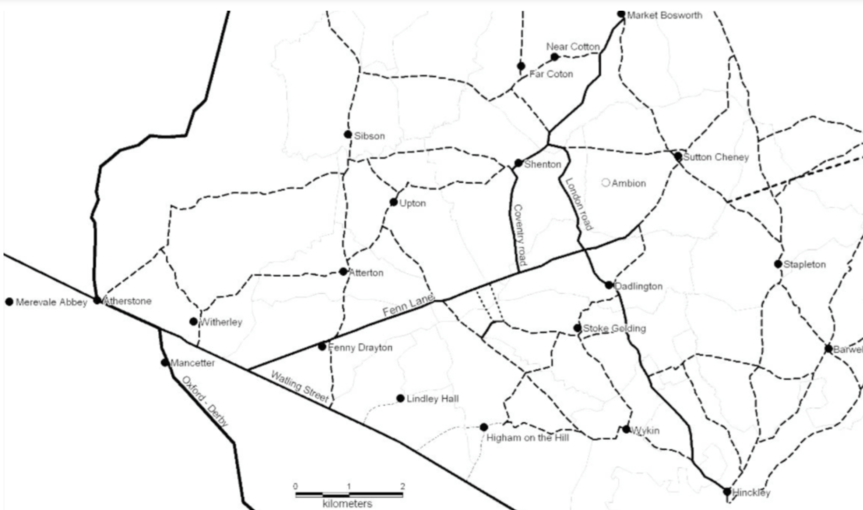 The final railway cost three times its original estimate, with the station 500% over budget. On 16th August 1873, a train passed along the edge of the parish, filled with workers and invited guests and a band in the last wagon, on their way to celebrate the completion of the railway. The assembled passengers diembarked at Market Bosworth for a celebration meal that lasted two hours, followed by 'athletic sports'. The railway opened officially for goods on 1st August and for passengers on 1st September. In 1906, King Edward VII passed through on his way to stay at Gopsall Hall.
In 1923 it became part of the London Midland Scottish Railway. Regular passenger services ended in 1931 and the line finally closed for freight in 1964. A portion of the line from Shenton to Market Bosworth is now run as an independent railway: The Battlefield Line. The bridges carrying the railway across the crossroads on the Fenn Lanes and the road to Shenton were later demolished. 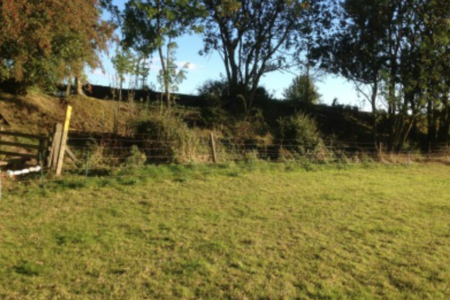 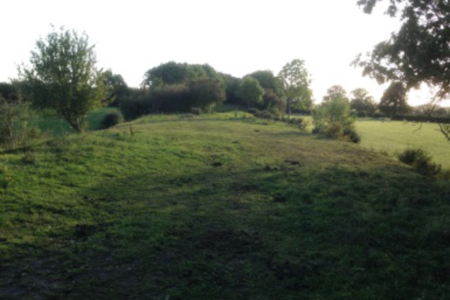 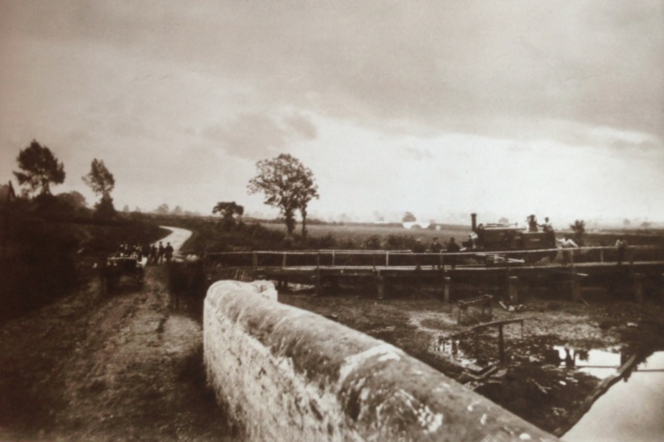 The Ashby & Nuneaton Joint Railway
​In 1845, a proposal was advertised in The Railway Times, for a new railway that would provide provide the final missing link on a line to run from the River Severn to the River Trent. What it neglected to mention was that this new railway , planned to cross West Leicestershire where no railways currently existed, would provide access to the coalfields and rich agricultural land that it crossed: the real reason for wanting to build it. The plan came to nothing, but in 1866, the Ashby & Nuneaton Joint Railway was formed, the shared creation of two much larger railway companies: the Midland Railway and the London & North Western Railway. It was to run from Nuneaton on the LNW network to a junction with the Midland at Moira, and after a number of additions and alterations, an enabling act was passed in 1868. Work began the following year.

The photograph below shows the labourers, or navvies as they were called, transporting stone from the small quarry in the grounds of Hall Farm, on a mineral line that ran parallel to Shenton Lane until just before
Dadlington Wharf Bridge. The quarry is known locally as 'Bannis Hole' or 'Ballis 'Ole', deriving from the words
'ballast  hole'. The construction met with many problems. There was a shortage of materials, especially bricks. And there was a shortage of labour too. The navvies were at the very bootm of the pay scale for labourers. When harvest came, they down tools in droves and went off to earn better wages in the fields. It is estimated that there were between 400 and 700 men working at any one time on the railway. Then the weather weighed in with torrential rain that caused waterlogged workings and landslides. 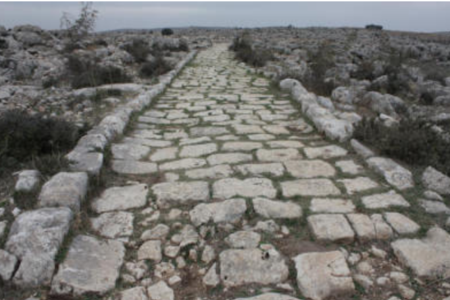 Three transport routes cross the western and northern parts of Dadlington. There is no known evidence of Roman remains in the village, although the Roman Fenn Lanes, cross the parish. The Ashby Canal​ came next,
with moorings where the Stoke Road meets the canal and a small wharf where Shenton Lane crosses it. Finally, the Ashby and Nuneaton Junction Railway was built along the western boundary. It would have had a minimal impact on the village, as the nearest stations are at Stoke Golding and Shenton. 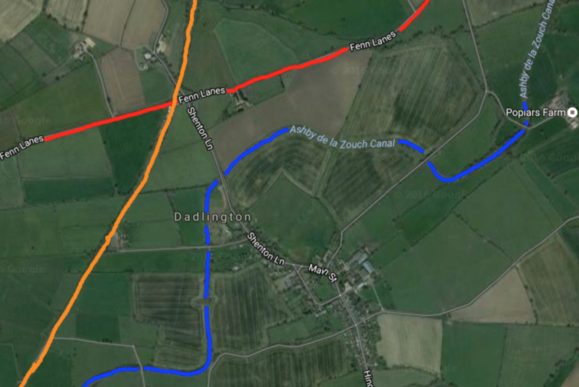 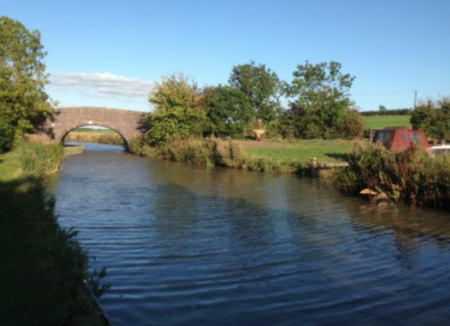 This map is based on Prior's map of Leicestershire from 1777. The straight line of the road as it passes through the region can be clearly seen.

The roads that run through the village, follow routes that have existed since medieval times.

The Fenn Lanes
The earliest throughfare to pass within what is now the parish of Dadlington, would have been the Roman Fenn Lanes. The Romans advanced into this area following their third invasion of Britain in 43 AD. Two major Roman roads lie not far away: Watling Street linked Londinium, Roman London, to Deva, modern day Chester, taking a route that the A5 currently follows; the Fosse Way went from Isca (Exeter) to Lindum (Lincoln). This was border territory and Mancetter, just outside Atherstone, has the remains of a Roman fort.
The Romans had established a settlement where the Fosse Way crosses the River Soar, in Leicester (Ratae) and most likely for military reasons, they decided to build a road linking Leicester to Mancetter. The line of this road is very clear in places, passing through Fenny Dayton and continuing onwards in a fairly straight line until it enters the parish of Dadlington. Whilst the current road then swings off left to Sutton Cheyney, the original would have continued directly to Peckleton, and onwards to Leicester Forest West. From here, there is uncertainty about its exact route, although the final approach into Leicester is along what is now called King Richard’s Road.
It was along this ancient road that Richard III most likely travelled on his way from Leicester to the meet Henry Tudor, with Henry himself travelling a short distance in the other direction from Watling Street. And it was on and around this road, where it crossed the marshes or fens at a place called Redemore, first mentioned in a 1283 document as being in the fields of Dadlington, that battle was fought. With the fens drained when fields were enclosed in more recent times, the name is all that remains. 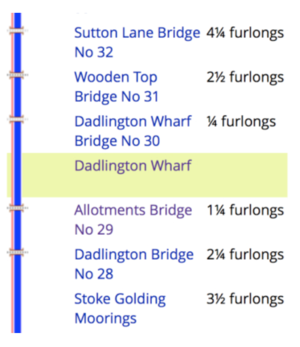 The photograph is taken on Dadlington Wharf Bridge, looking towards the village, with Shenton Lane curving off left in the distance. Dadlington Wharf is at the end of the railway line to the right of the picture.

The diagram (left)shows the bridges and moorings on the canal as it passes through the parish of  Dadlington.

The wharf (right) accomodates one boat and was built to transport aggregate from the village. The entrance can be seen on the right of the picture before Dadlington Wharf Bridge. 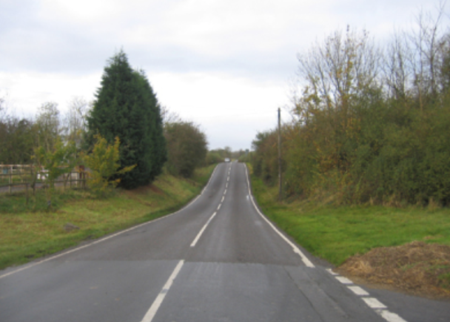 The Ashby Canal
In the late 1700s, there was much talk of building a canal that could carry coal and lime from the area around Ashby de la Zouche. Eventually a company was formed and a bill put before parliament, and in 1795, at the height of what was called 'canal mania' the Ashby Canal was authorised. It was to run from the Ashby Woulds coalfield to Marston on the Coventry Canal, just east of Nuneaton. CApital of £150, 000 was proposed and shares were issued. Landowners and turnpike keepers, who would have lost custom, were recompensed with some of the shares, and Robert Whitworth, one time assistant to the great canal builder,James Brindley, and his son were engaged as engineers.
Just before first section from Ashby to Bosworth opened in 1798, the company discovered the existing coal mines were unlikely to produce enough to repay their investment. They reached an agreement with the prinicpal carriers of goods on the canals, Pickfords, to use  Hinckley wharf as a link to Leicester, the Grand Union Canal at that time stopping many miles short of the city, and this helped hurry work along.  The eventual opening of the canal in 1804, however, was not a cause for celebration: the total estimated cost, when all the associated small mineral lines around Ashby had been completed was £184,070, and the smaller than expected quantities of coal being mined meant it took until 1878 for shareholders to receive any dividend.
In 1815 they tried to use canal to export cheese from Measham but the project didn't last long. Neither did a very slow passenger service that was also introduced. In 1845 the Midland Railway bought the canal for £110,000, because it wanted to protect access to the Leicestershire coalfield from rival railway companies.
Although the canal was still being used for trade until 1970, parts of it subsided. It is now part of the canal leisure network, providing 22 miles of lock free boating from Marston to Shakerstone.